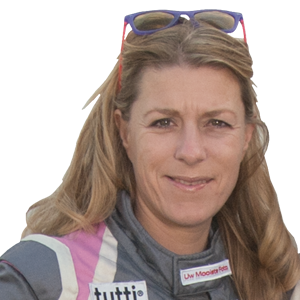 Due to the absence of an internet-connection, this is an update on the last two days of the rally. Although I am not sure which day it is. Are we living on Monday, Tuesday or Wednesday

The 4th of January we drove from La Rioja to Fiambala. The mechanics worked all night long to prepare the buggies for the next stage. Because the mechanics did not sleep at all, we decided that I would drive in the F350, Alvin the Audi and Norbert the 6×6, so that the guys could sleep on the way. In transit we stopped to change a driving shaft of Mauro’s buggy and although the service-team was pretty wrecked, they were up and running instantly.

When we arrived in Fiambala, hardly any of the competitors where in, which assumed that this had to be a really hard stage. A stage which became a true battlefield for the buggies. The service-team had the possibility to sleep for a few more hours, because this was going to be a really long night…

Due to the problems with the driving mechanism Dees, Mauro and Kasih had to give up after hours of struggling. Unfortunately their adventure ended way too soon. Too bad for the rookies, but nothing to say, because it is and stays a new project with the risk of unexpected problems. In a short period of time they gained a great deal of experience and will surely participate in the next edition of the Dakar rally. Also Jurgen en Kees had to forfeit. Kees spend the night in the dunes.

Tim had problems reparing the belt on the driving mechanism at kilometer 107.0. But fortunately he ran into José Lopez, who fences off the go-kart track. This sympathetic Spanish guy towed Tim to the service-team, where he arrived at two o’clock in the morning. Chris arrived at half past four together with Pascal de Baar, who tried to help the buggies for hours.

The mechanics worked through the night to get the McRae’s of Chris and Tim ready for the next stage and succeeded.

After finishing the McRae’s the belongings were packed again and a part of the crew left for a long liaison through the Cordillere, a 100 km long passage at an altitude of above 4000 meters. The highest point of the Cordillere is on 4750 meter, where we had to change air filter. The 4×4 service truck was staying in Fiambala to collect the buggies from the dunes. After a long and tiring drive, but really beautiful, the team arrived in Copiapo, a place in the middele of the sanddunes in Chile. The stage of today was not that hard and both buggies arrived in time. Tim had to be towed again on the liaison, because he had run out of fuel.

Tomorrow there will be a heavy stage heading to Antofagasta. But to be honest, everyone already had his/her tough moments. Fortunately the team spirit is high and we keep each other alive. Otherwise Pascal and the crew of the T4 does!