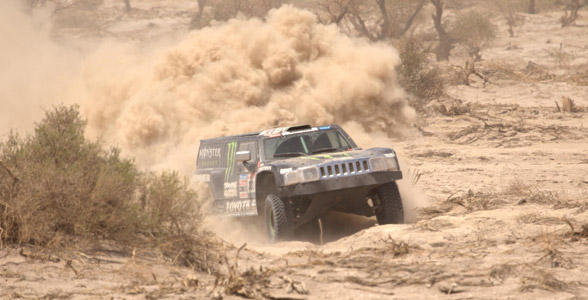 Our Friend Chris Leyds was feared missing as he disappeared of the Radar screen. His number had not appeared in the dakar website in the control page at check point 38. But he has been spotted by the Service truck by CP2. We feared the worst, but Chris is like a cat, he always lands on his feet.