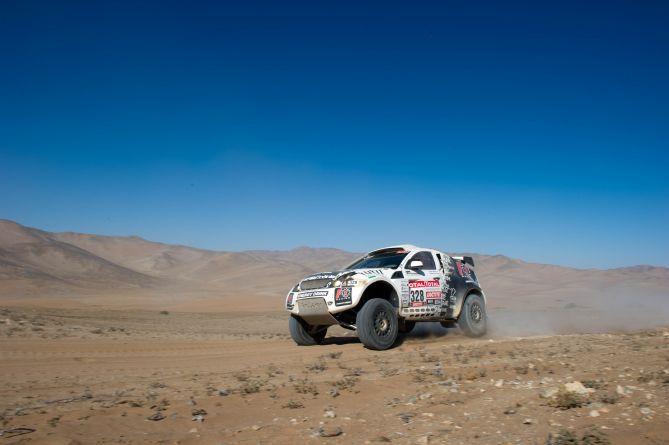 The route from Copiapo to Copiapo has been long and tyring, with lots of extreme dunes at the end of the stage. Its exacly in this type of trerrain where the Mcrae Buggy Rally Dakar Cars really shine and can start climbing places at a vertiginous rate. In all in this stage Tim, Chris and Alister have climebed on average more than 40 places in the general

Difficult and tough stage
The stage from Copiapo to Copiapo begun with very fast hard surfaced tracks with numerous stones. For Tim, this was not really an ideal situation because the buggy lacks speed on the long straights. On the contrary Chris and Alister bombed at full Speedy and overtook a few contestants. Tim suffered a couple of puntures but did not loose much time.

Flying through the dunes
The dunes around Copiapo are known to be extreemly high and hard and you certainly do not want to be driving through them in the dark. It was a race against time to get to the finish line around 8:33 p.m. which was when the sun went down. The Mcraes where in the best posible terrain, extreme Sandy conditions, which is were the buggy nad the Mcrae Enduro respond best and where they begun to pass cars at a very high rate. It was a close call, navigating through the dunes and trying to make it befote dark. The final result is Amazing, Alister came in at 33rd, Chris at 38 and Tim in 44th position. This is amaizing considering that they have climbed an average of 40 places. 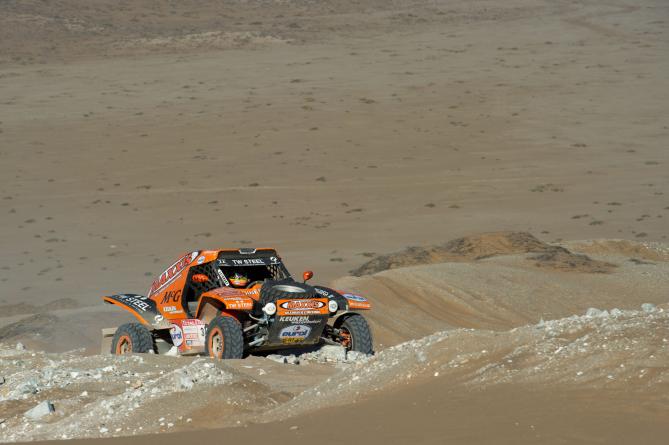 The positions in the general clasification has also improoved drastically, Chris has climbed from 78 till 40th in the geral, Alister from 87 till 41 and Tim from 95 till 42.

Tim Coronel: “It was a tough day. In the first stage I was not enjoying my long fast straights. I got no further than 110 km / h and thus lost much time. I was glad when I arrived in the dunes and then it was full enjoment!  The Mcrae Buggy is made for this terrain and its where we are most competitive. I ‘m glad I’m on time so I can relax on the rest day and get the buggy in tip-top condition so we can make the rest of the Dakar. The first half is over and now on to Lima! “